A Project for Better Journalism chapter
The Messenger Online
FEATURES, HUMANS OF NORTHVIEW 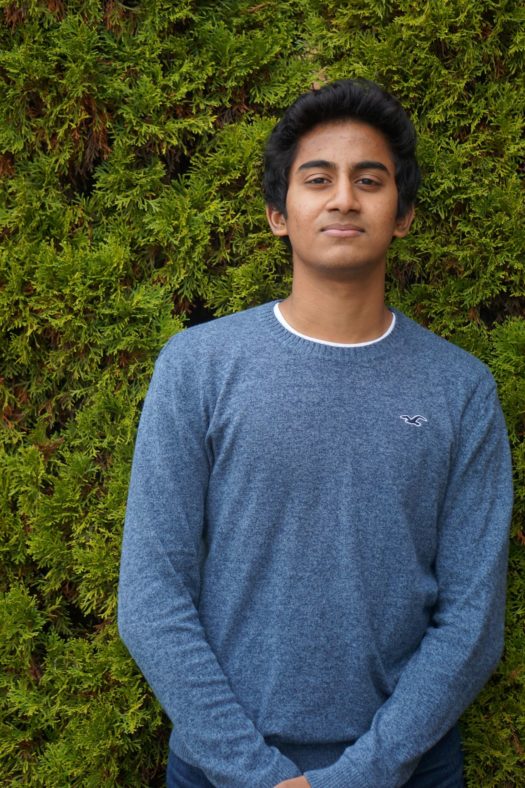 Without a proper student body, a school is merely a container of unmotivated teenagers with teachers droning on and on. Thankfully, though, our Northview High School does not have this problem—and aside from its diligent and charismatic administration, the students are the ones who weave the fabric that is our school. Each student is a thread in this beautiful fabric, each with a different background and different story to tell.

Coming from the grassy suburbs of New Jersey, Akhil Swarna is a member of this student body who truly makes Northview what is today. Starting from pre-kindergarten all the way to 5th grade, Swarna attended Joyce Kilmer Elementary School, a top 10 primary education school in the state of New Jersey.

He moved from Mahwah in the summer of 2015, though not very eager to come down to the Peach State.

“It was a tough move, leaving all my friends behind going to a place that I’d never been to before, I was expecting a bunch of farms and people sitting on their porches,” Swarna said. “But it wasn’t like that at all.”

Here, Swarna attended River Trail Middle School, where he discovered his newfound passion for music by participating in the Band elective. Although coming to a new school was stressful, especially one as competitive as River Trail, he had no problem in balancing his grades, relationships, and love for the baritone saxophone.

But when he graduated to Northview High School, everything changed: the classes became harder, the expectations became higher, and time for music became lesser. In just his freshman year, Swarna hit the ground running by taking on advanced classes such as Honors Biology, Intro to Business and Technology, Spanish 2, and Accelerated Algebra and Geometry. But despite all the late-night study sessions and ounces of coffee consumed, he continued to persist and looked ahead at his educational career beyond high school.

“It’s a tough school, but I think it’s a great challenge,” Swarna said, smiling. “From what I’ve heard, it really gets you prepared for college.”

At the end of his freshman year, Swarna was able to garner a long-standing relationship with his classmates and was able to secure a position on the class council to give back to the educational community that he feels has instilled so much in him. This year, a sophomore in high school, Swarna immersed himself in his passions that he developed freshman year by participating in a plethora of extracurricular activities, such as HOSA, Model UN, Whole Fit, and cricket. Looking into the future, he wants to go to medical school and become a doctor, and his extracurriculars align with his passions.

“I really like sports, and cricket goes with that. Healthcare is good because I wanna become a doctor and being in HOSA and healthcare helps with that because I’m always thinking about the body and healthcare and things like that,” Swarna said.

And as the time has gone by, Swarna took on even more rigorous classes than he did the year before, by taking AP World History, 10th Honors Literature, and Computer Science.

But his hard work and his productive work ethic are not the only things that distinguish him as a student of Northview. It is his ability to abide by the four pillars that uphold the discipline of a Northview student: positive attitude, integrity, personal responsibility, and compassion. For many students, attending one of the top high schools in Georgia is not easy. But for Akhil Swarna, it truly was a great day to be a titan.