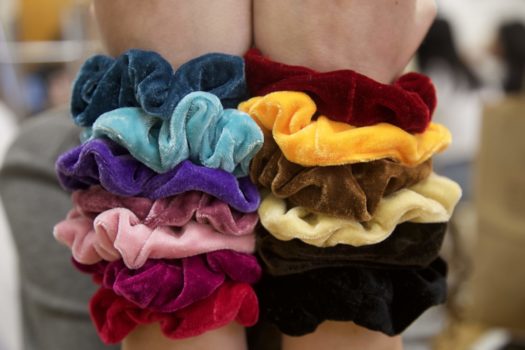 First, it was “E-girls,” then “soft-girls” and now “VSCO girls.” Even though each of these niches differ vastly from each other in aesthetic, they all share one thing. No matter what these girls, do, say, or wear, they are harshly scrutinized by their peers and then some, primarily online. The same tired jokes are made on social media  about how these girls are unoriginal and annoying.

The jokes simply evolve to fit the time. But do these social media users realize that their jokes are just as unoriginal as the very people they make fun of are? This is not the first time that certain girls with a certain aesthetic were torn to shreds by the internet, however. It’s all very reminiscent of how girls who liked to wear UGGs and drink pumpkin spice lattes from Starbucks got coined as “basic.” This could even go back to “valley girls” from the late 20th century and most likely before then when girls were degradingly labeled for showing the littlest bit of interest in something.

The comments that these girls receive can be easily distinguished from constructive criticism and categorized as nit-picking that is rooted in sexism. Not to say that every single observation about these girls is meant to come across as misogynistic, it’s simply an unfortunate and nuanced side effect of the modern day discrimination that plagues our society and carries over to aspects of everyday life. Whenever girls, especially teenage girls, find something that they enjoy or have a particular passion for, they are immediately shot down and questioned about the legitimacy of said passion.

It is a constant battle to be taken seriously by peers, especially those that are either adults, men, or both. Girls constantly have to defend their interests, the degree of said interests, or even the nature of the interest they choose to pursue. If girls like things that are associated with femininity, like makeup or the color pink, they are told that they’re ditzy and care too much about the way they look, that they are feeding into a stereotype. But if girls like things that are conventionally ‘male-oriented’, such as video games, they are told that they do not hold a real interest and are just trying to appeal to guys. There is no happy medium.

In this fight to be taken seriously, it is not just an internal battle; it can be a battle between girls. This competition breeds the “I’m not like other girls” stereotype (an internet joke in itself), in which girls base their entire personality on not fitting into the norm by rejecting their feminity. This battle between girls for the approval from people, usually guys, just to get some sense of internal validation is the epitome of the patriarchy and sexism working behind the scenes. There is nothing wrong with not fitting into binary gender roles, but when we teach girls to tear down other girls just because of their interests, it becomes an issue. Some girls choose to wear all black or listen to alternative music, and other girls wear makeup and listen to the top 40; both do not deserve to be criticized online.

Even when girls of a certain group speak, every single word is over-analyzed. Coupled with criticism of a group is the tendency to talk down to the girls that belong to it, behavior especially modeled by older men. It almost seems as if patronizing teenage girls is somewhat of a worldwide pastime. Why does this society insist on tearing down teenage girls for being just that? Why does this cycle begin at such a developmental stage in their lives?

There is an expectation that all teens should rush to become adults, especially teenage girls. However, speaking from experience, no one is going to have their whole life figured out by age 17, and we need to stop holding all teens up to this ridiculous expectation. We need to just let teens be teens and come into themselves. If a teenage girl decides to spend $30 on a water bottle to save the environment, just let her figure herself out before you arbitrarily corner her into a group to be publicly mocked.