A Project for Better Journalism chapter
The Messenger Online
FEATURES 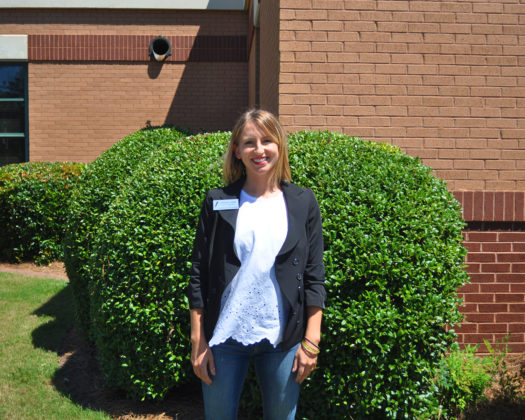 Kristen Lanier recently moved to Johns Creek after living in Madrid for five years. However, the area is not as alien to her as one may expect – she grew up in Cobb County, and got introduced to Spanish through school – something nearly all Spanish takers at Northview High School can relate to.

Lanier studied abroad, spending a semester of her college career in Spain. After she graduated, she returned to Spain to teach – not Spanish – but English.

“I lived in Madrid for a total of five years and I taught English to native Spanish speakers,” Lanier said.

Spanish captivated Lanier as a middle schooler when she was first introduced to the language. She recalls being swept away by the beauty of the Spanish culture.

“I fell in love with the culture and the language and it came pretty easy to me—so I just took it from there!” Lanier said.

Lanier just came back from Madrid during the past summer, and she already misses Spain. Although her family lives close by now, she misses the city life she had grown accustomed to. Lanier wishes there was some way she could have her family close by, but also have the same access to fresh, seasonal, locally grown food she is used to.

Another thing Lanier wishes was more easily accessible in America is the public transportation. She recalls how easy it was to just catch a train and be – quickly – taken to the heart of any major city in Spain she desired to visit.

Lanier’s love for Spain and the Spanish culture is reflected in one of her students – Ishita Kapur, a sophomore at Northview. The idea of communicating in many different ways appeals highly to Kapur, who already speaks three languages besides Spanish.

“I love Spanish because it’s a different form of communication, and I already learned another language when I was in elementary school, and I just like learning different languages—I think it’s interesting,” Kapur said.

Kapur also took into consideration the populations she’d most likely encounter a lot in her future when choosing to take Spanish.

“There’s a lot of Spanish speaking people in this country and I think it’s helpful to know Spanish. And it’s really fun too,” Kapur said.

Connecting with students like Kapur is what brings true joy to Lanier, because as much as she may love Spanish, her love for her job comes from her students. She enjoys connecting with her students in the class and getting to know them.

“I love the kids! [They] crack me up everyday, and I smile everyday, almost all day long,” Lanier said.

Spanish inspired Lanier so much that she teaches Spanish today in the hopes that some of her students find that their joy and future will be found in Spanish – just how Lanier found her own.

“I just love teaching kids language because it opens up so many doors – it opened an entire life for me that I wouldn’t have if I didn’t speak Spanish,” Lanier said. “I love to be able to share that, and hopefully, give other students those same opportunities.”